Founded in the year 2002, Parivartan was the result of an idea generated by an animated video. It led to establishing a multimedia company, headed by Anand.

Parivartan in Sanskrit translates to change; a change for the better. Representing change in a visual manner was quite the challenge. The leaf came about as an epitome of showing change; its cycle being that of birth, growth, fall and regeneration.

It is this change that is constant but not quite. An inspired thinking is always a team effort, the most important constituents of the team being. 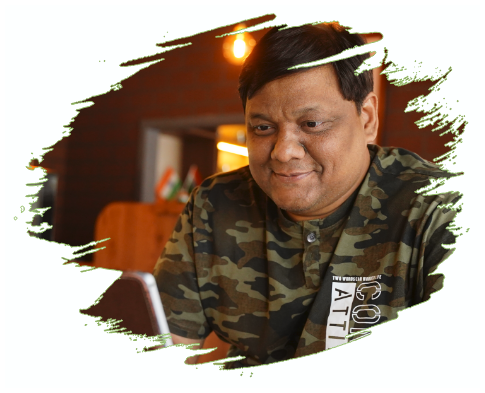 The man behind the company who has been delivering designs, where his expertise lies, for the past 16 years, and only continues to do so. He possesses various sets of skills that the company is built on. He has extensive experience in marketing, brand management, business development, man management and organisational skills.

Apart from Parivartan, Anand has been involved with startup companies, and possesses an in-depth knowledge of setting up companies; he also advises people on various aspects of doing business and setting them up. Anand is also passionate about tennis, photography, and enjoys travelling, although, we’re sure he’s not a party animal! 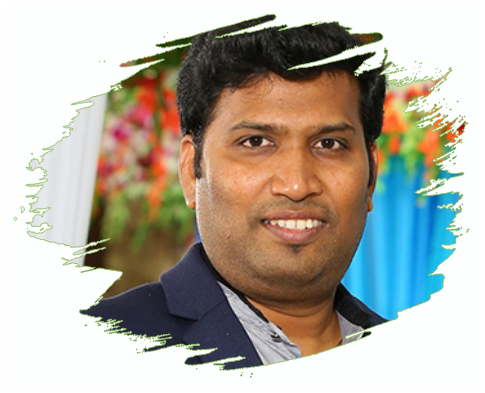 "There is no great genius without a mixture of madness". - Aristotle.

A man of his words, chosen for his analytical abilities, and the complexity of his computer programming skills, Chaitanya started his career at Parivartan in 2006. As a Project Manager, he has had extensive experience with numerous technical aspects of the business, like open source technologies, CMS, PHP 5.x, MySQL 5.x and WordPress technologies, Windows XP/7, Linux, etcetera. He’s come about to being the CTO of the company, constantly overlooking the smooth running of the business and his programming team. He also takes care of the recruitment of the staff.

In his personal space, Chaitanya is a complete family man, vanishing during holidays and weekends. He’s a fun-loving, straight forward man who appreciates you when you’re at your best, which makes him the most loved in the office. He’s also loves movies, and trying different cuisines thoroughly; also is an ardent Chiranjeevi fan.

“You live longer once you realize time spent unhappy is wasted; that’s what I do with work - find happiness.”

Pradeep takes charge of the major internal project operations. He’s heavily experienced in HTML5, CSS3, Bootstrap, JQuery. He's adept at creating responsive websites, Mobile websites, Angular and NodeJs and a prodigy at designing. He’s been associated with Parivartan since 2010, and has long been the point of contact for the clients. He loves experimenting with latest technologies, and strives to bring them in the company.

An asset to the company, he’s known for his perseverance, hard work, and a never-say-die attitude even with a pile of work and tightest of deadlines hanging over his head. He’s always the one Anand falls back on for support. He comes up with an exemplary, ‘Yes, Boss,’ even if something is impossible to achieve.

On a personal note, he loves his hometown of Thungathurthy and wishes that some day, it would find its way around the World Map.

“There is no elevator to success, you have to take the stairs.”

Jagruti primarily takes up the role of client management at Parivartan. She is the bridge between the clients and the team at Parivartan. Executing projects in its most effective manner is a forte that Jagruti thrives on.

On a personal note, Jagruti loves to spend her time dancing with her kid.